If, like me, the thought of installing a second bloated Facebook app on your Android app was a bit of bollocks, this might be of interest to you.

The chat function is not dead in the Facebook app, its just been disabled.
If you head over to this Life Hacked link, you can find a link to Facebook Chat Reenabler, and you are on your way!
at November 24, 2014 No comments:

Yes I was one of the lucky ducks who got an invitation to Google Inbox. Coming from a GTD background, I was generally distressed that the only context you get to choose from is a physical location. This is pretty handy. The only other way to sort tasks is via date. So the vast majority of my tasks which have to do with contexts rather than places or dates are not processable using Inbox's current setup.

I have left a suggestion that you should be able to label you email and reminder tasks with more than one label. This will give me the ability to check out all my tasks tagged "@Calls" for example and then differentiate between @Personal @Calls and @Work @Calls.

If this is available in an update, I reckon I will give it another bash. Otherwise I will keep using Zendone.

I have tried a whole bunch of handwriting apps and I've blown a whole bunch of cash on several too. I couldn't find one that worked so I settled for using a physical notebook and would take photo's of the pages, scanning them into Evernote (which then hooked into Zendone, my GTD app.) It kind of worked but I found both editing notes on the Android Evernote app and Skitch to be flaky.

So I continued to look for an option. 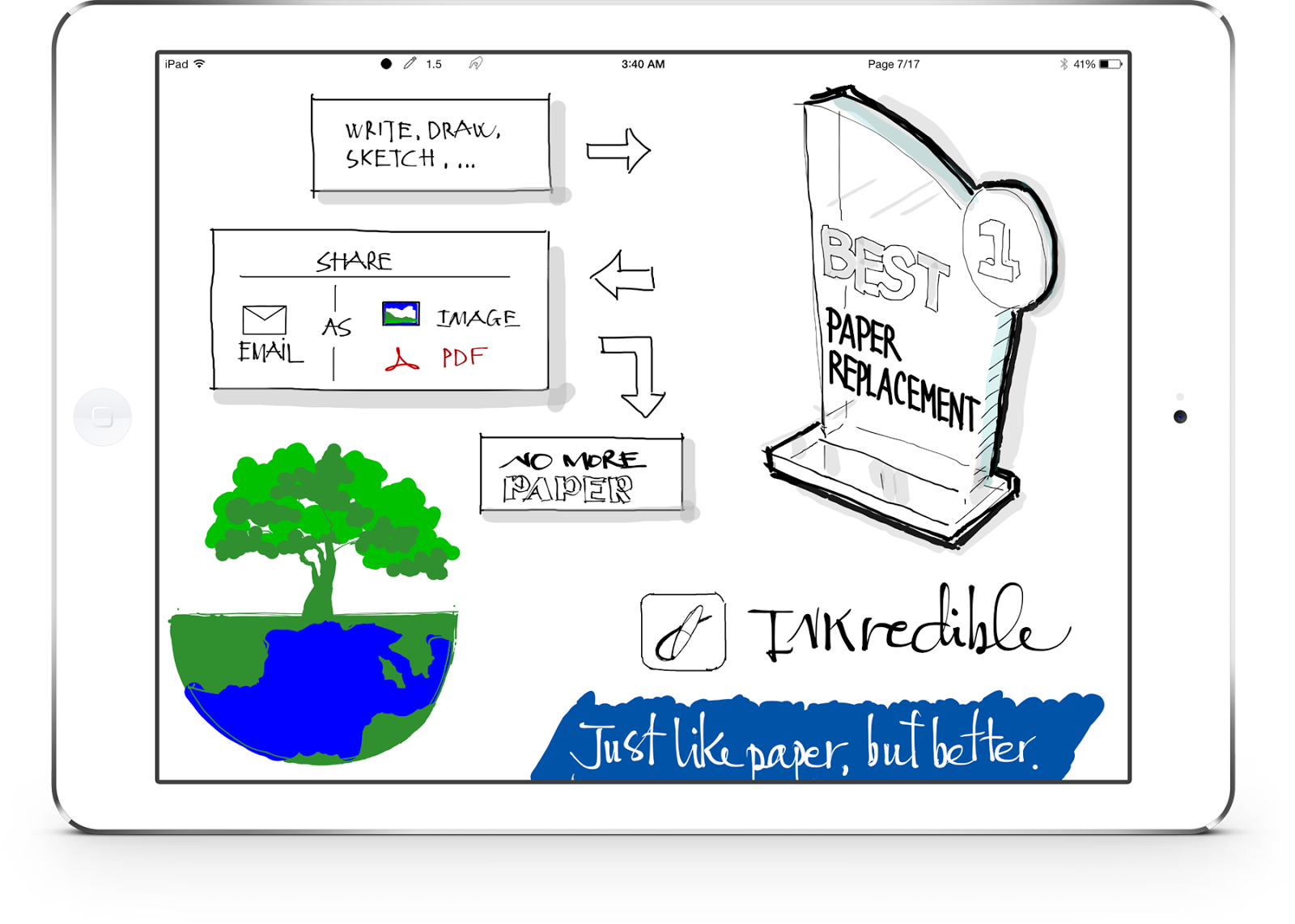 I can't remember how I stumbled upon Inkredible.

I vaguely recall looking for a handwriting app that has a "palm rejection" facility which Inkredible does. However, it was not the part of Inkredible that drew me.

The first thing was its responsiveness. I use an Adonit Jotpoint and I found no stutter whatsoever. That is a big statement. Every other handwriting app I have ever used has stuttered at some point. Some more than others. Yet with Inkredible, no stutter.

The second aspect I appreciate is the quality of the various "brushes" or tools which include a fountain and calligraphy pen excellent. (Some free, some you need to purchase as an In App Purchase.) It is also able to detect various forms of pressure of your writing device. More pressure, the thicker the line.

You can chose various types of backgrounds (again some free and other an available as an In App Purchase) and the ability to move through your pages using a two finger page turning technique, or by long pressing on the edge of the page to bring up a quick scroll function.

You also have the standard option of sharing your pages into other apps.

As I was thinking about what I wanted to blog about next, I realised that not only have I not used my physical notebook for about a month now, but I have added the Inkredible icon to my main home screen. It is an app I use several times a day and has resulted in less items in my bag. This reflection answered my question. This app has improved my productivity significantly. Give it a crack and let me know what you reckon.
at October 17, 2014 No comments: 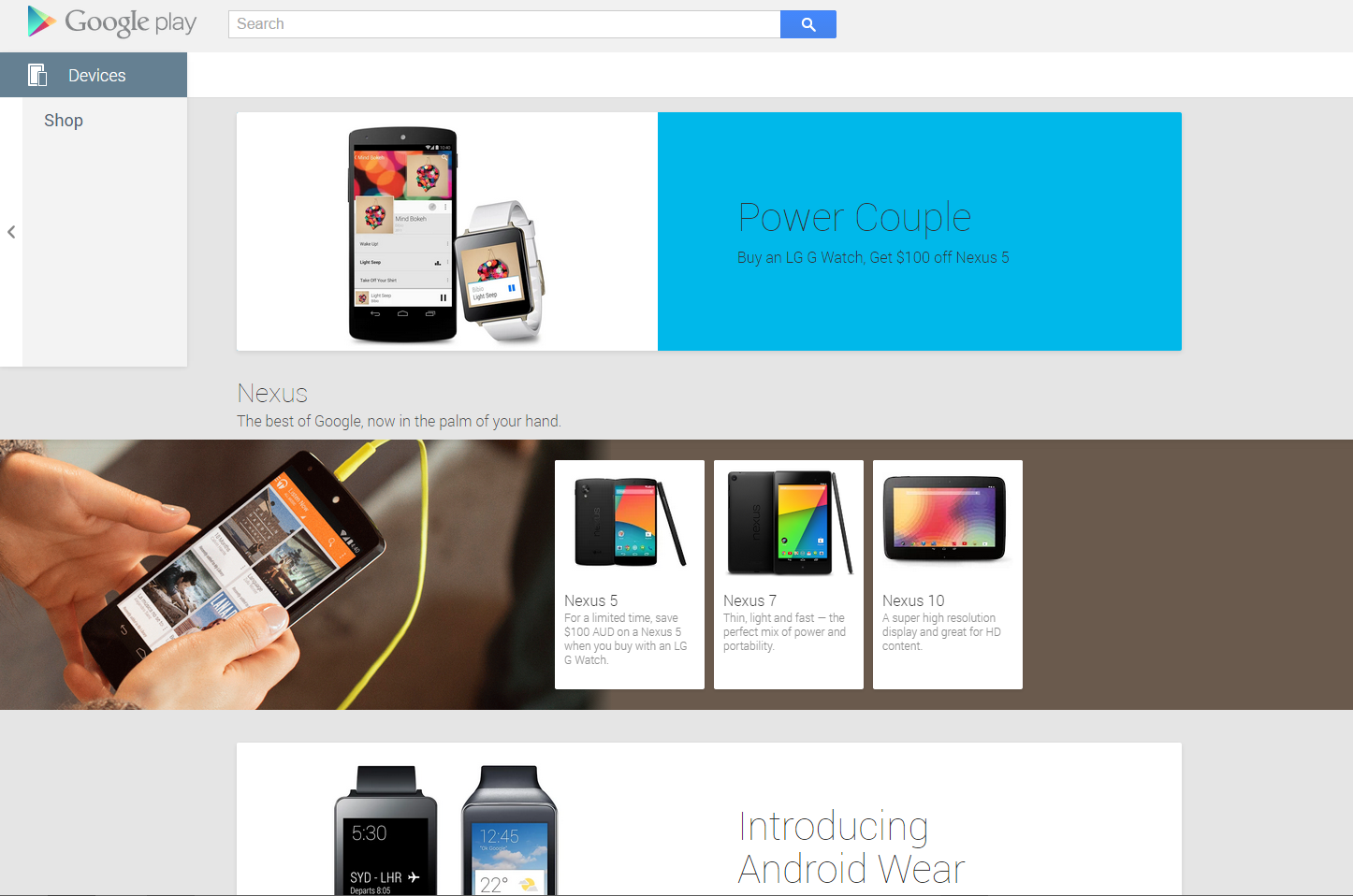 Great news from Apple today. Some time in 2015, you can get a bunch of gear that is available now on the Google Play store for about half the price!
at September 10, 2014 No comments:

Thinking through how I set up my GTD contexts. I have a whole bunch of Agenda's that are for both meetings and individual people I meet with formally and informally. I then have the following. I am wondering if it is working for me. I had a chat with a bit of a GTD guru friend of mine who sticks to 8 contexts only. Errands, Home, Office, People, Computer, Phone, Waiting and Agenda.

I know most of you will probably say something like "there's no right or wrong" or "whatever works for you" but I would be interested in how others structure their contexts and how it works for them. 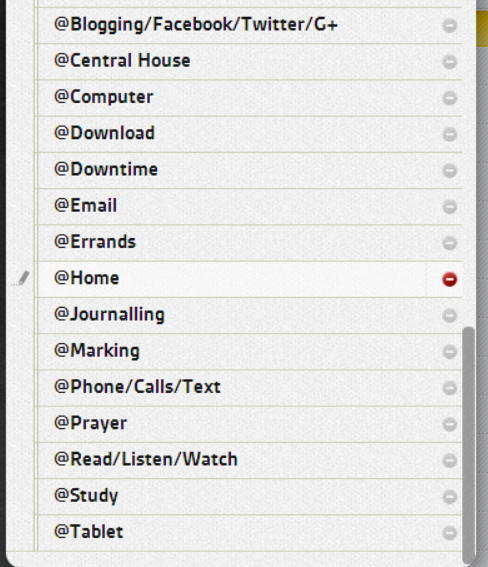 Email ThisBlogThis!Share to TwitterShare to FacebookShare to Pinterest
Labels: GTD

So I accidentally discovered that there are some cool shortcuts when using Google Chrome.


Nice! Think of all the time saved by cutting out those superfluous keystrokes!?
at August 14, 2014 No comments: It rhymes with Jello! That's one of the things I remember from the introductory video. I am a bit of a GTD geek, like to be organised, and like (and need to) organise others.

I have toyed with the idea of using Trello because it just seems like the kind of thing that is visual, simple and nice. The Android app is an almost exact duplicate of the web based experience (which is also pretty sweet).
If you are managing a fluid and dynamic project that involves tasks that are composed of multiple steps, and that require moving tasks between group members as each member needs to contribute small amounts to the task, Trello just might be the tool for you.

I'd love to hear from those who use it regularly too. 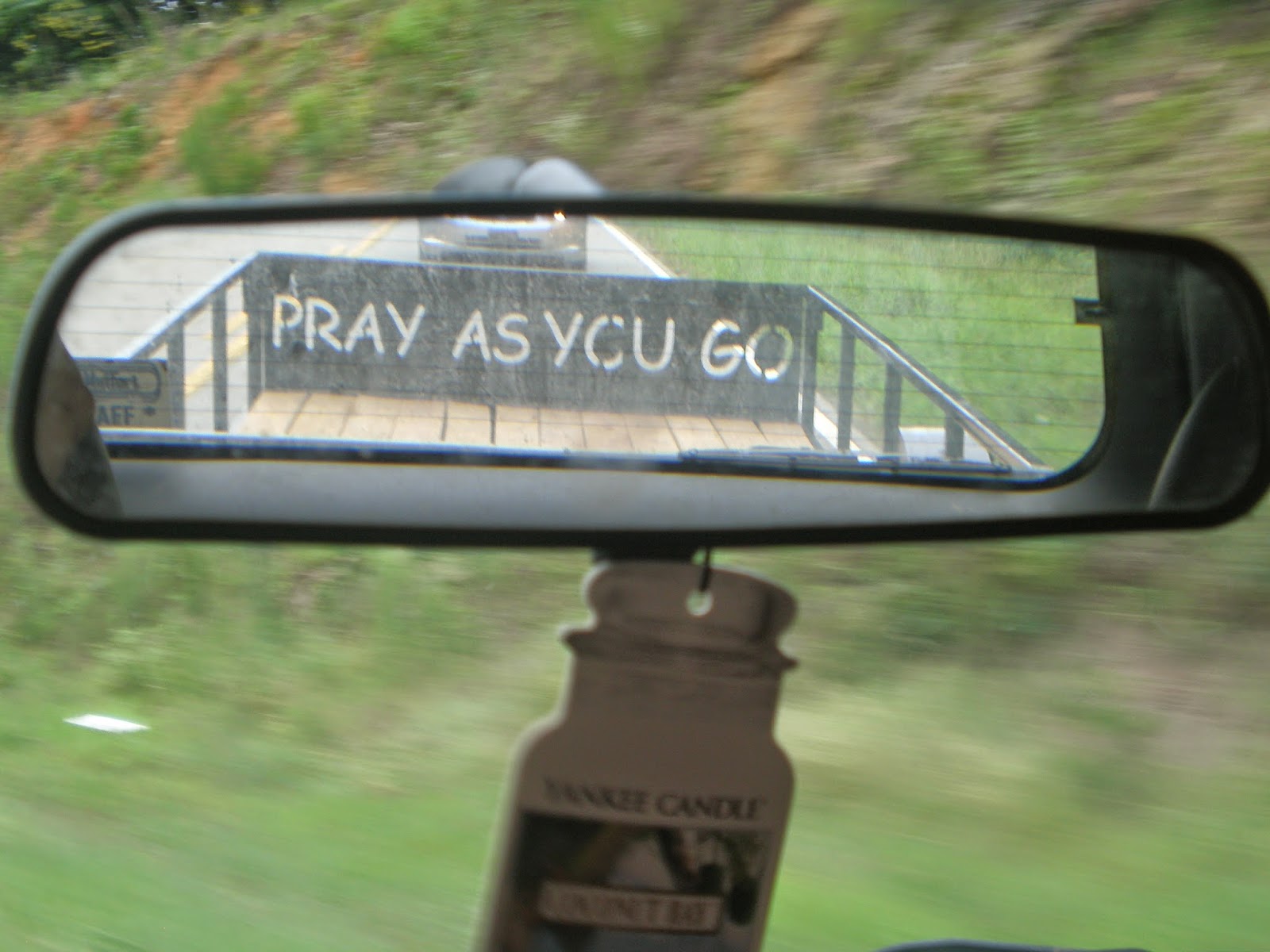 There is quite an interest in Australia in the area of mindfulness at the moment. This is something I am quite interested in, particularly the area of mindfulness withing the historical Christian tradition, which is ironically often at odds with popular Christianity (ie: the kind that is often found in the media and often for all the wrong reasons.)

My friend and colleague Christop Booth was facilitating a reflection for our staff retreat a few weeks ago. He was leading us through a reflection on the contemplative life.

One of the many things he covered was a great little resource that I have been using since then. It took me a while to find it, so I thought I would share it with you. It is an app (and a website) called “Pray as you go.
It is based on the Ignatian way of praying and follows the Roman Catholic lectionary.

Being an INTJ, it kind of works for me, however I appreciate the thoughtfulness they put into the app and the fact that it is a nice clean Android app that follows the lectionary.

I hope you find it as helpful as I do?

PS - There are some good kids resources available within the app too! 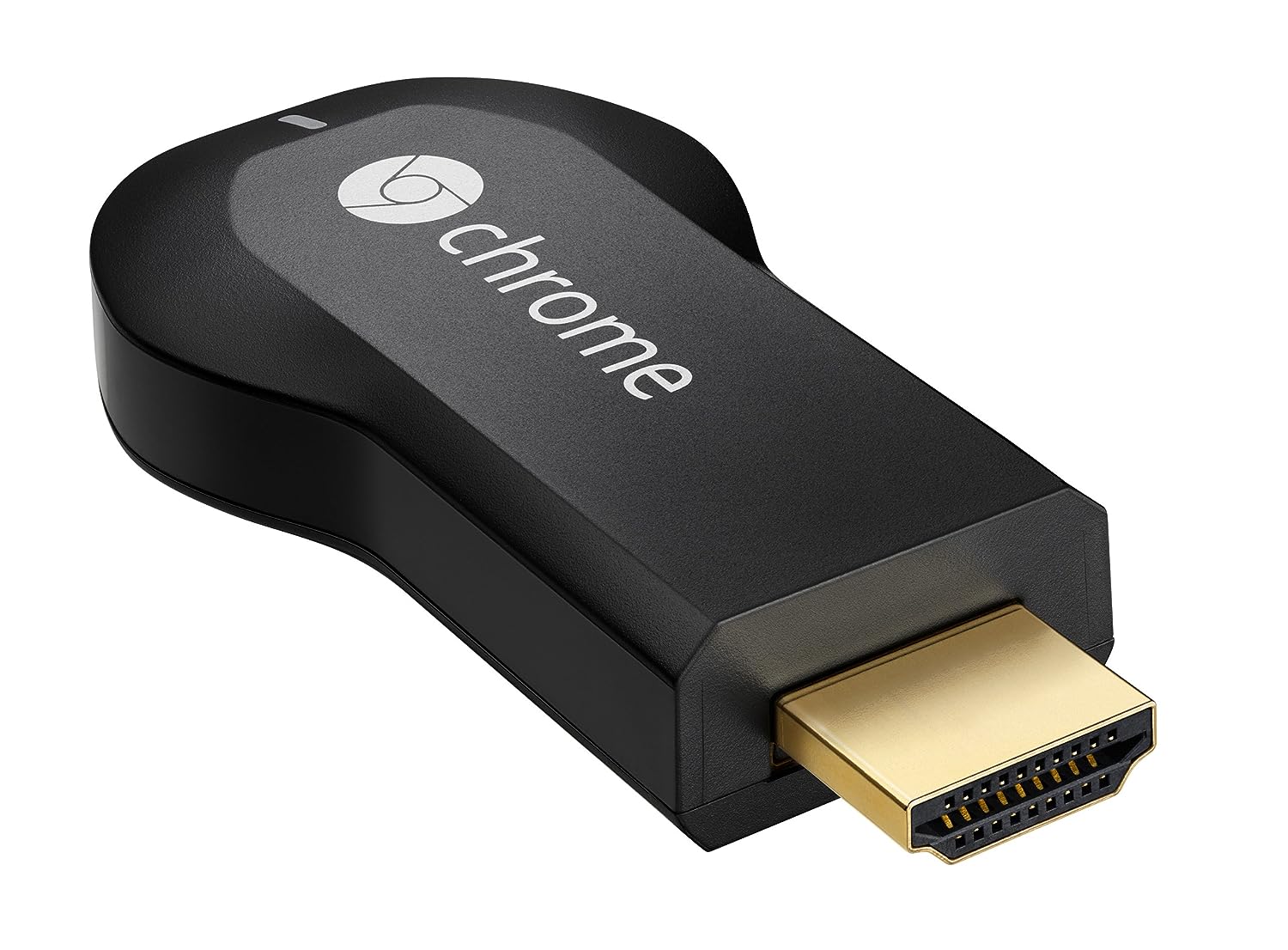 So, Google despatched the new unit, and it arrived in 3 days! Now the reason that is pretty impressive is because they despatched it from Singapore and I live in Melbourne, Australia. That's like 3,765 miles. Give or take a foot or two. I'm sitting here on my porch writing this on my new Nexus 10 waiting for the courier to arrive to pick up my old unit. Thank you very much Google warranties!

My Nexus 10 died! :( What was pretty spectacular though was my experience of chasing up my warranty with Google. I Googled "nexus 10 warranty" and within seconds had a 1800 number (which is a free call in Australia) and after 60 seconds on the phone, I was talking to a real life person. After verifying that the device was dead, I had to purchase a new one, however the money will be held in an escrow arrangement until I get the new one, place the old one in a postage bag provided and it returns to the factory for assessment.

Group text and email on Android I still can't believe that the Gmail app on Android, in 2014, will not allow you to interact with your GMail groups! It is crazy to think that you need a third party app to send emails and texts to your GMail groups this late in the technology game.

I understand that they are trying to discourage spam masters from clogging the internet from their mobile devices, but there should be another way.

Enter "Group SMS & Scheduler". It's ugly, but in terms of functionality, it is the best one I have been able to find. It still seems a bit of a convoluted process and I live in hope that one day Google will make the functionality available natively. Until then, give this one a crack.

I use Offline Gmail. It is really hand on the train, going through tunnels and underground stations. It works mainly like the full blown website with minimal limitations. You email to your hearts content and when the browser detects a connection, it squirts the emails in your outbox on their way and retrieves your incoming emails from Google's servers. Really nice. No need for an email client.

Yesterday I had to change my password (long story) and it sent Offline Gmail into a bit of a tizzy. Resetting Offline Gmail is a bit of an archaic exercise so I thought I would share the link here with others.

This is what you need to do to unbunch Offline Gmail's panties when they all get in a twist when you do something like change a password on the server.
at January 29, 2014 No comments:

Managing your device on Google Play 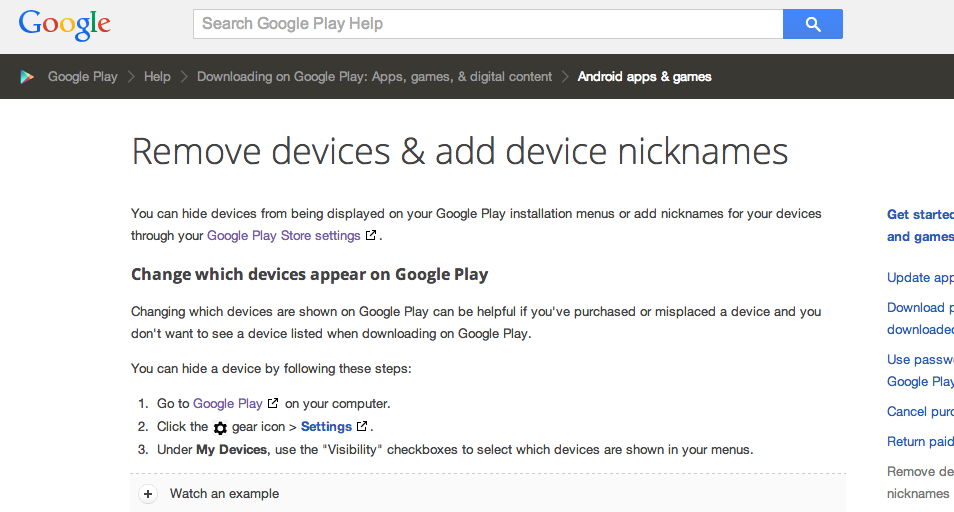 One of the news sources that I use had a series of interesting articles. They are behind a paywall so I thought I would seek out the source of their articles.

It turns out it was Mashable. I downloaded their Android app immediately. I use it at least everyday. I have found it to be smooth, simple, elegant and clean. In addition, their articles are great! 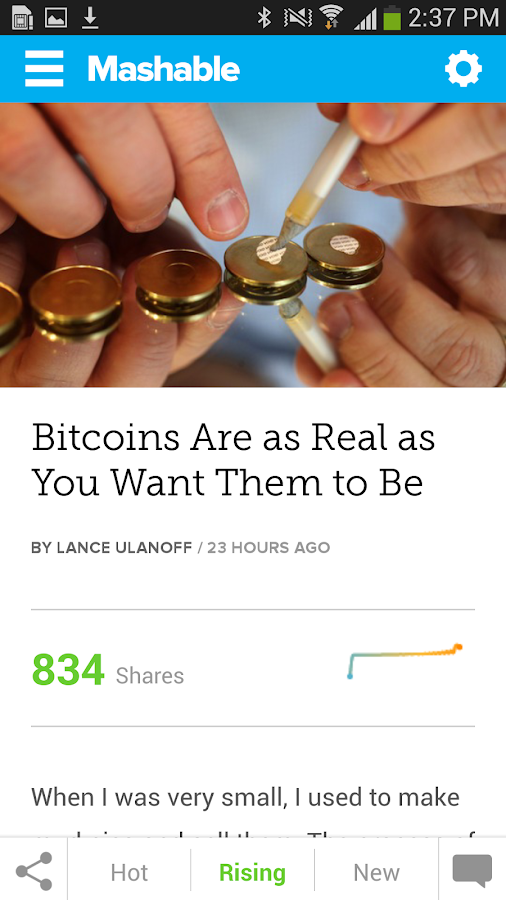