I used to be a prolific journaller. Then I became a haphazard journaller. I vacillated between spurts of doing well and then feeling guilty about not being able to sustain the habit.

I then thought about what would happen if I journalled like I tweeted? I would tweet several times a day and seemed to be able to sustain that habit over a number of years. What if I "tweeted" some personal stuff to a journal? One line (or a couple) a day were better than nothing I thought? And suddenly I am a regular journaller again.

There are days where it will just be one line, and others where I make a substantial entry. It is an approach that works for me.

So I tried a number of apps and mechanisms. I was using Google Doc's for a while but I have eventually settled on is Journey. Despite the fact that I am not a big fan of the word "journey" to describe the experience of life (read: it is such an abused word it has almost become meaningless) it is still a handy little app that you might want to check out for your journalling purposes.

Time for an upgrade!

So it was time to upgrade. I traded in my old Nexus 10 and 9 and then scrounged another couple of hundred bucks and here I am writing this blog post from my new Pixel C, complete with keyboard.

This is what Google should have done years ago, taken control of the design and construction of their own hardware.

It is solid, beautiful to look at and of course having total control over the hardware and software means that this thing actually sings.

I can see me leaving the laptop at home more often now. 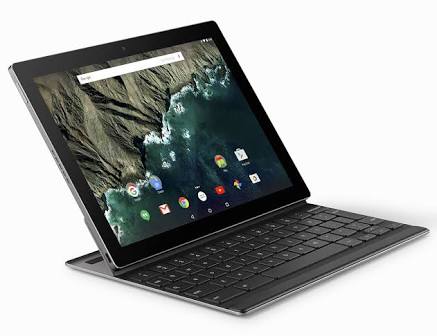