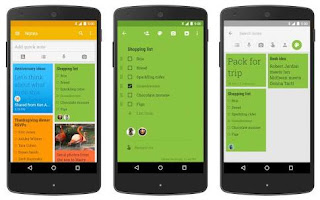 I'm in the process of ending my relationship with Evernote. I find it very difficult to view the changes to Evernote's model as anything other than a cynical money grab.

I used Evernote for years, most of those as a paid premium subscriber.

My main frustration with Evernote was the limit in the file structure. You had a stack then notebooks were placed in stacks. This two teired file structure was always an issue for me as there are some projects that simply require a greater degree of granuality for my use. I dealt with it and tried to make the system work for me.

The deal breaker became the decrease in Evernote's search function within the Android app. Starting about two years ago when I tried to search for notes within the Evernote Android app, regardless of what I was searching, the search would yeild zero results.

However when I conducted the same search on the Evernote website, I could find what it was that I was looking for.

During that time, I started relying on Google Keep for simple notes (like work related wifi passwords etc) and Google Drive for more complicated documents as the search function in Drive (and Keep for that matter) is far superior to my experience of Evernote on Android.

So for a few months I was in a holding pattern between the twe services. I have a couple of documents explaining how to convert my Evernote notes to several services including Google Drive and Google Keep. The precipitating incident was Evernote's price hike and series of limitations on current products.

So it is off to Drive and Keep land for me (as soon as I get a chance to work through those conversion instructions).

Interested in your experience of notes and file storage?
at November 15, 2016