These days I have all of my media needs sorted by two apps. Netflix and Google Play Movies & TV. However, occasionally there is a media need that falls between those two cracks.

I have a bunch of media that sits on a Synology drive at home and to access that media, I use BubbleUPnP. I have used this app since its very beginnings. It wasn't pretty early on, however over the years, it has matured to be an incredibly stable and "automagic" app that picks up the available drives on your network, and seamlessly presents them to you with the simplicity and efficiency of a Netflix and/or Google Movies & TV app.

Just want to make sure that you are aware that you need a media player in addition to the app, as its role is to locate and serve media, which it does brilliantly. 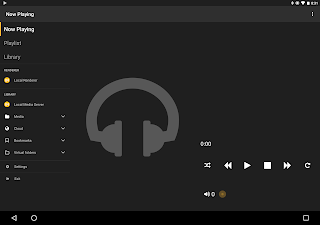